After a 2 year absence from London it was so good going back home. This was by far my favorite trip & if I could do it all again the exact same way from start to Finish I would! From the 9 hour flight going there & the seat next to both Zacko & I being vacant to our strategically placed & spacious Air BnB & most importantly hanging out with my siblings & university friends, this trip was a dream come true!

Here are some images of ma familia! My sisters, nieces & I. My husband, nephews & Nieces & I. My brothers, husband & l & lastly my fav pic of the bunch my husband & nieces.? 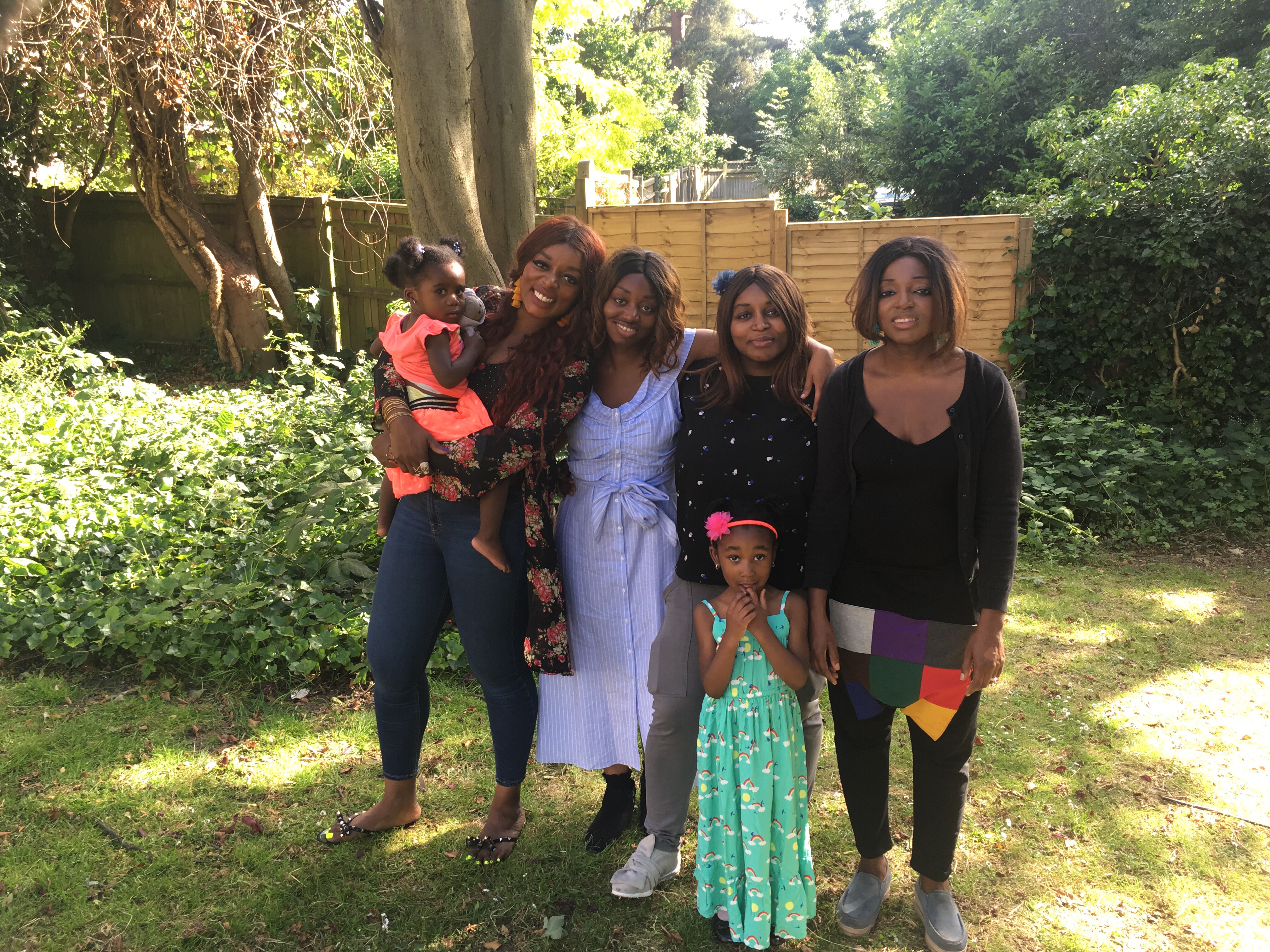 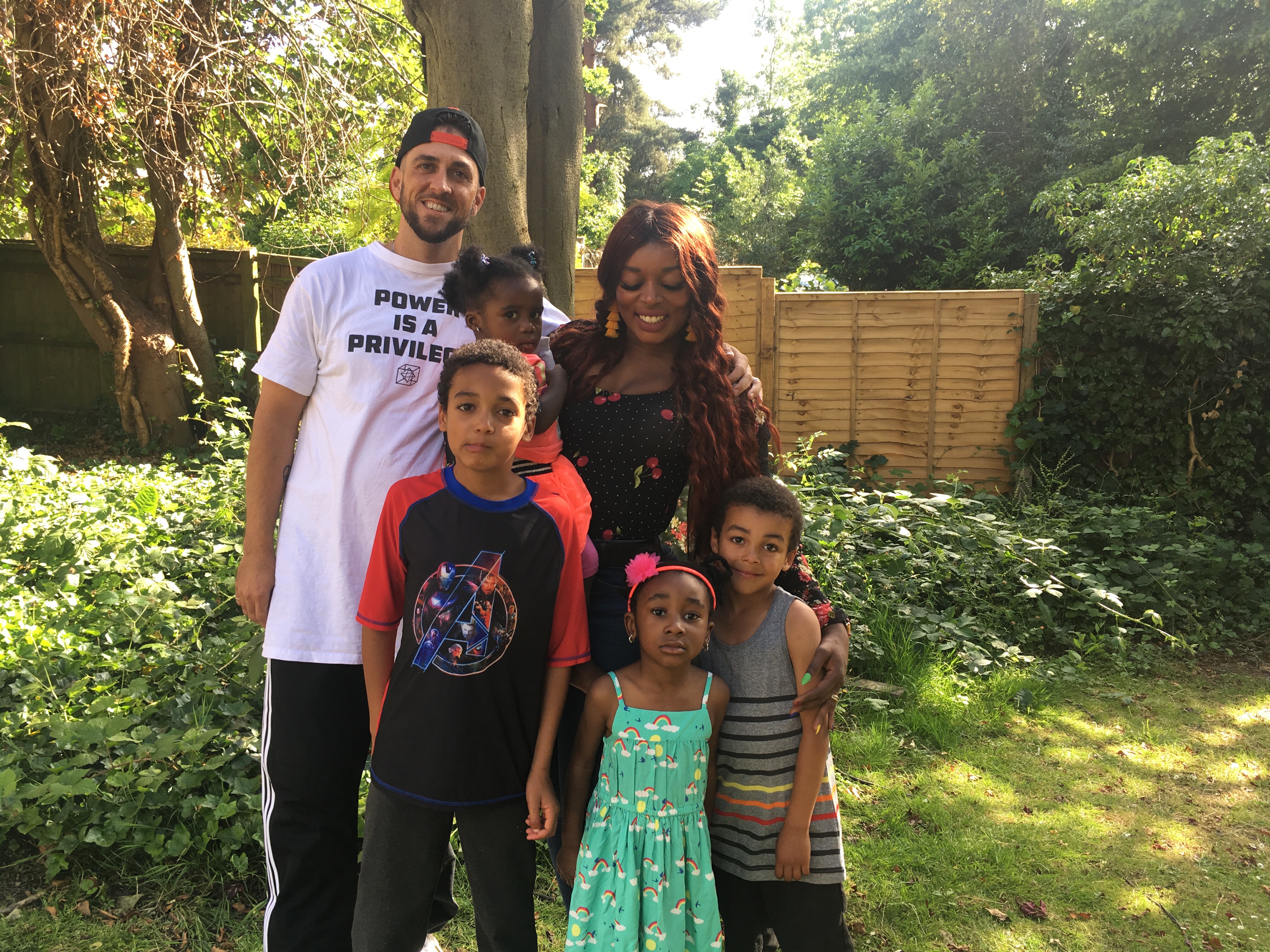 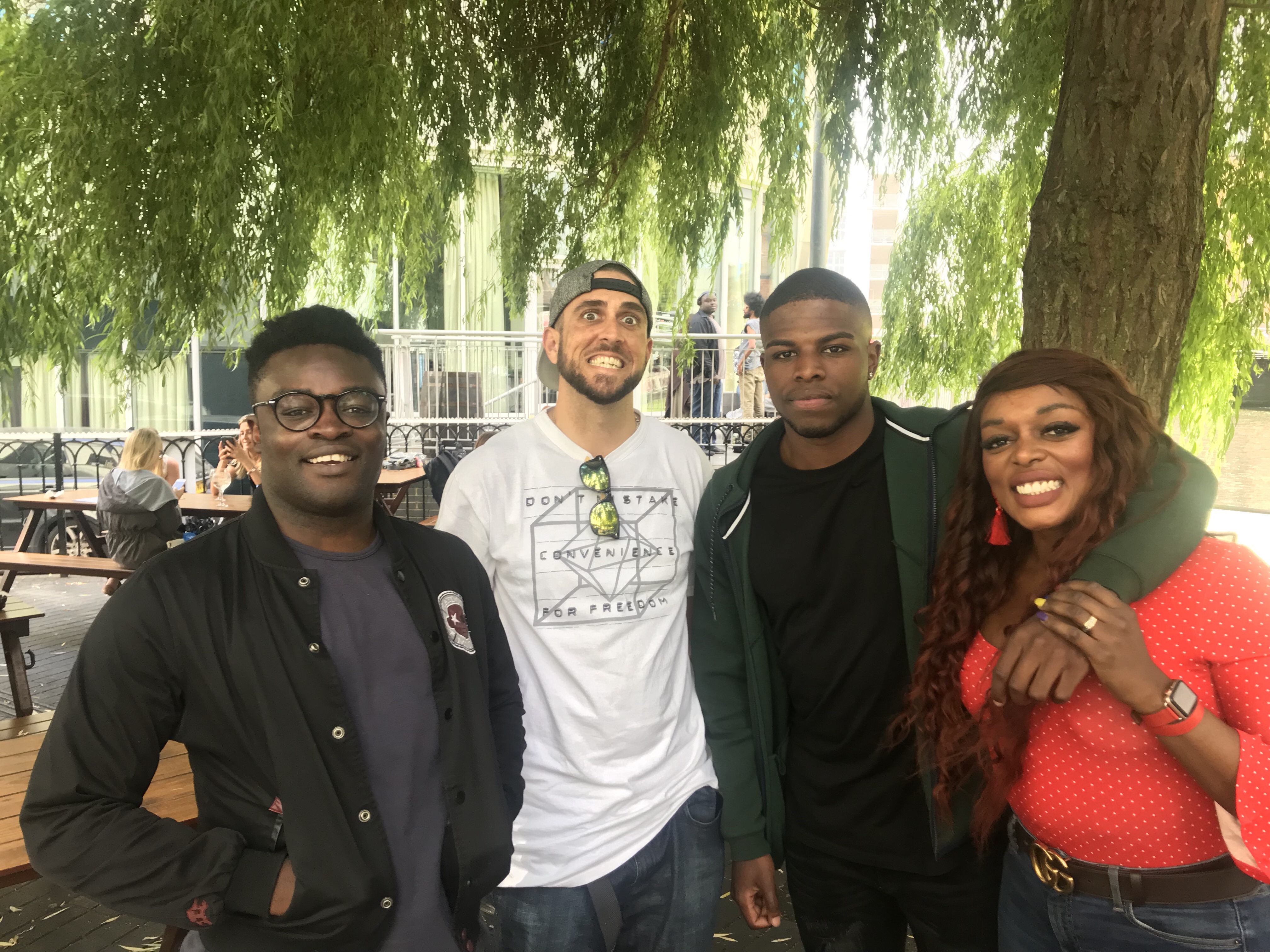 Getting around London on your own is so easy if you have a London Underground tube map. You could always rely on uber but you miss so much so get out there & figure it out, it’s called life & if you get stuck ask for help! Our Air b n b happened to be a 3 minuite walk from East Finchley train station (the northern line underground) so we were able to coordinate which trains to take to get to our destinations. Camden Town, Borough market & convent garden would be my recommendations for a local yet touristy look at London life. 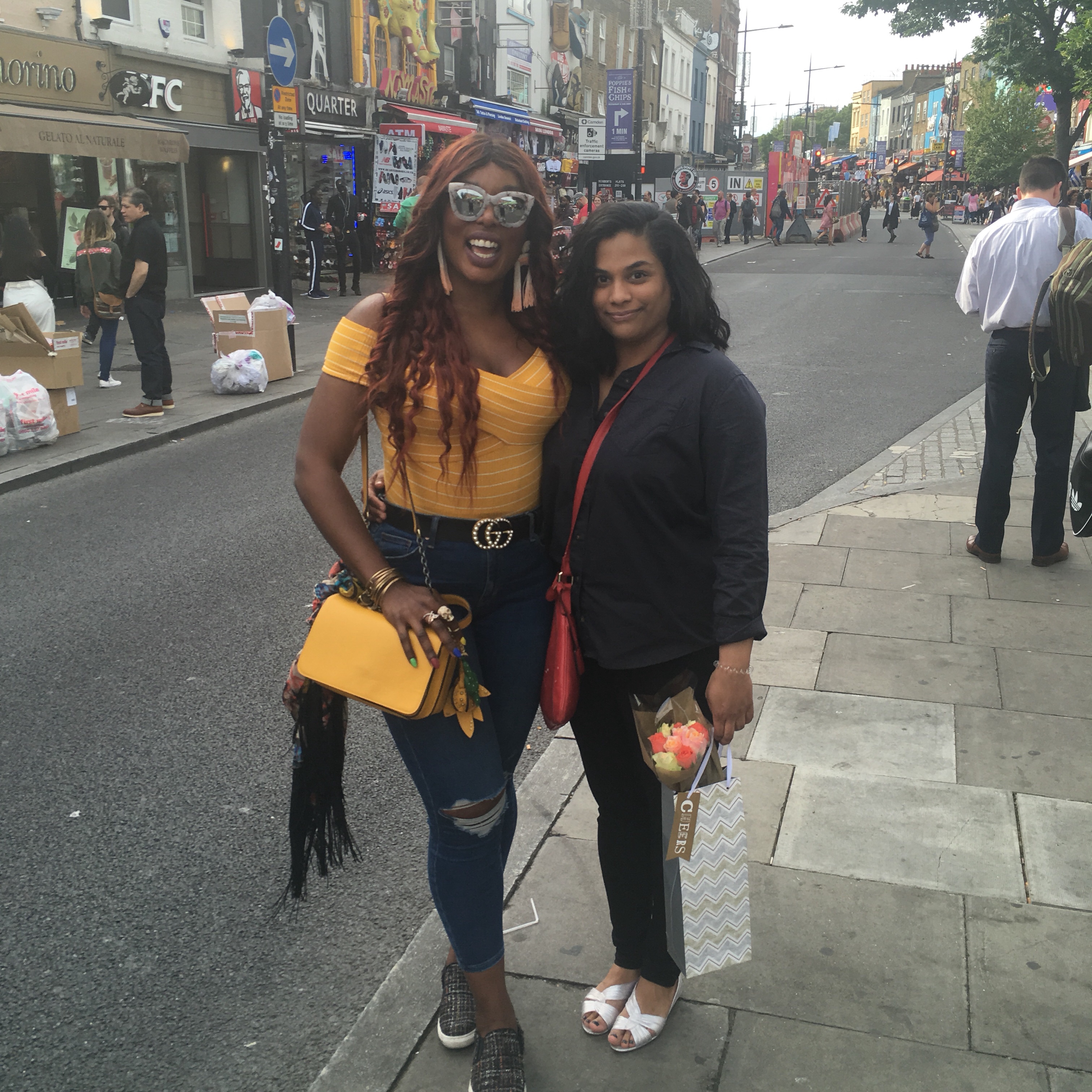 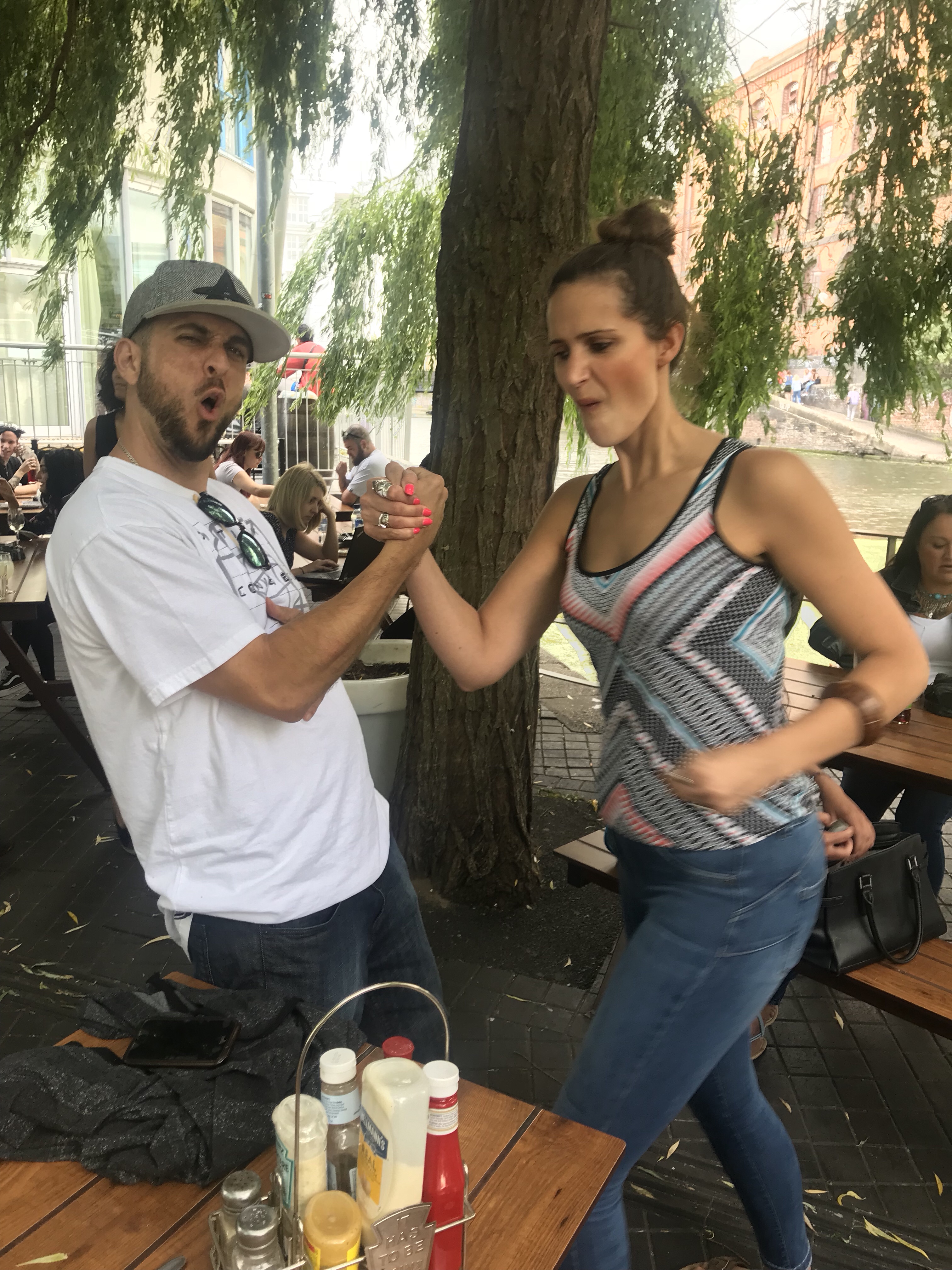 Head over to Central London to places like Tottenham Court Road, Oxford Street & Bond Street to stores like Selfridges, Harrods & Topshop for shopping. Those are some of my favorite places as you can see…? 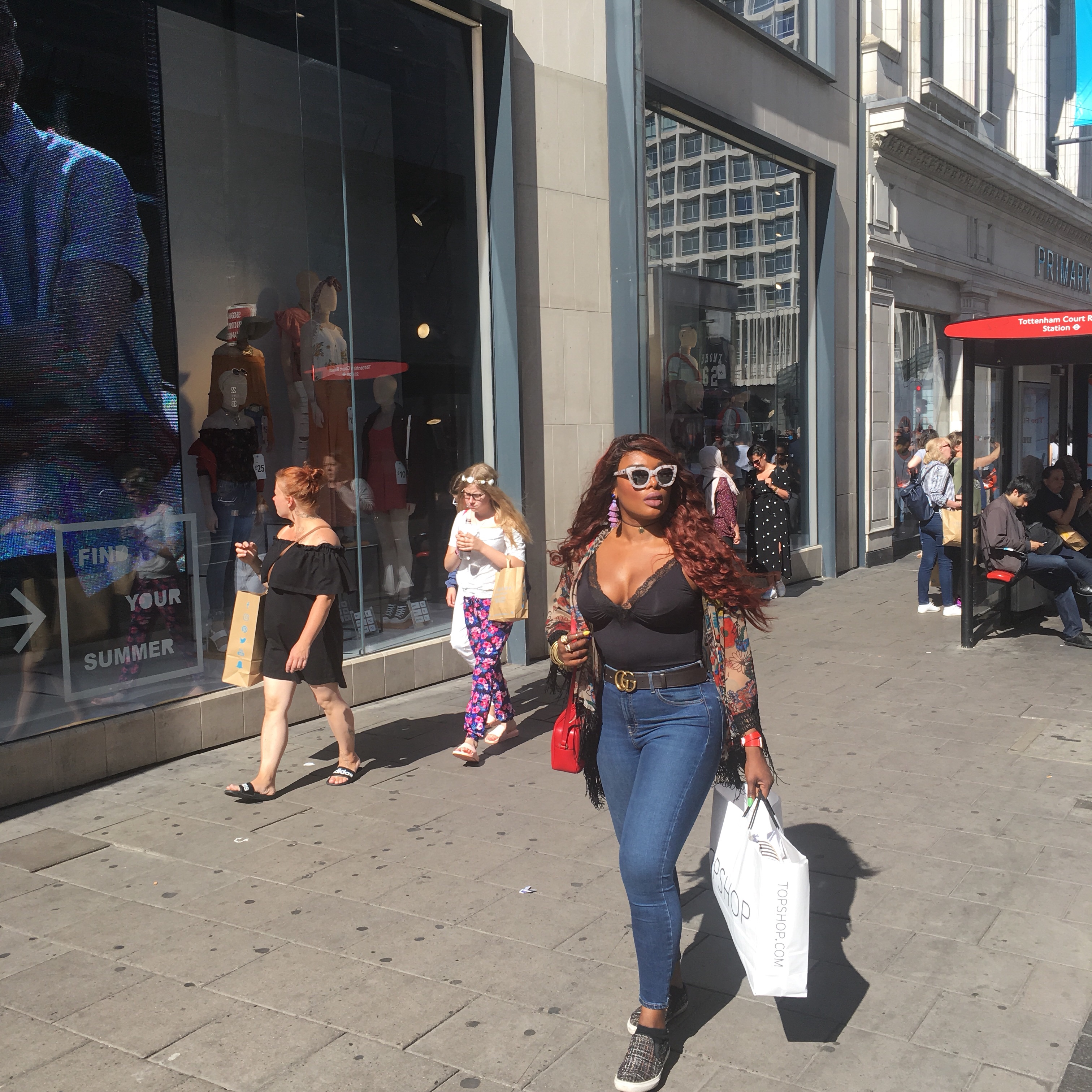 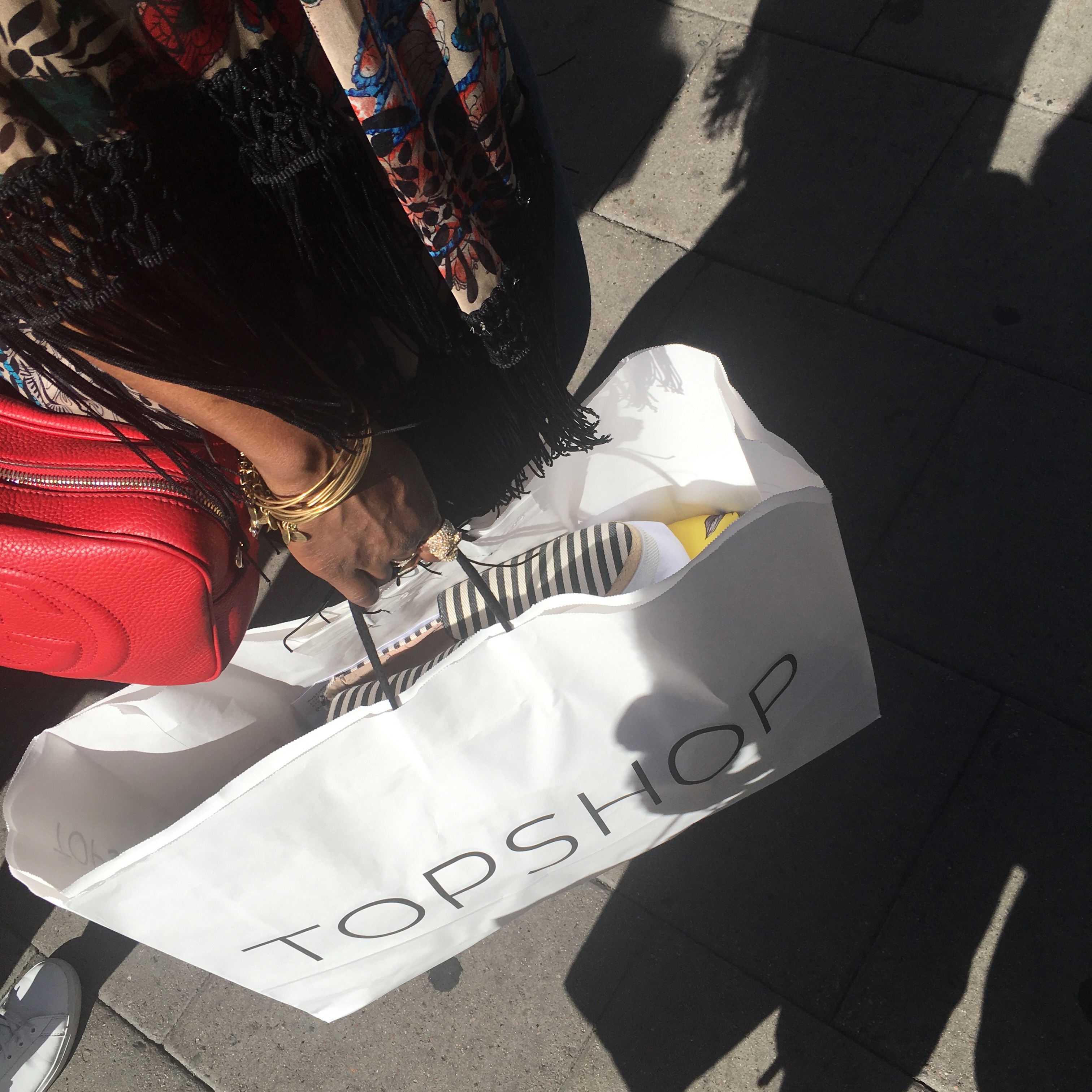 We loved Borough Market & their innovative stalls that you can get authentic British cheeses, meats & British desserts made fresh that day! We also tried some Jamaican food such as Ma Petite Jamaica in Camden Town, Afro Asian inspired cuisine called Shaka Zulu also in Camden Town. Italian cuisine like Alto by San Carlo just above the Selfridges building in central London which looked like a secret garden (images included) However, my absolute favorite meal was the double date dinner Zacko & I had with my sister Ruth & her husband Rob at the local eatery La Rugoletta in East Finchley. I got the spaghetti bolognese with mushrooms & was so full halfway through the meal but forced myself to eat it all as I felt I would never have a meal that spectacular again! 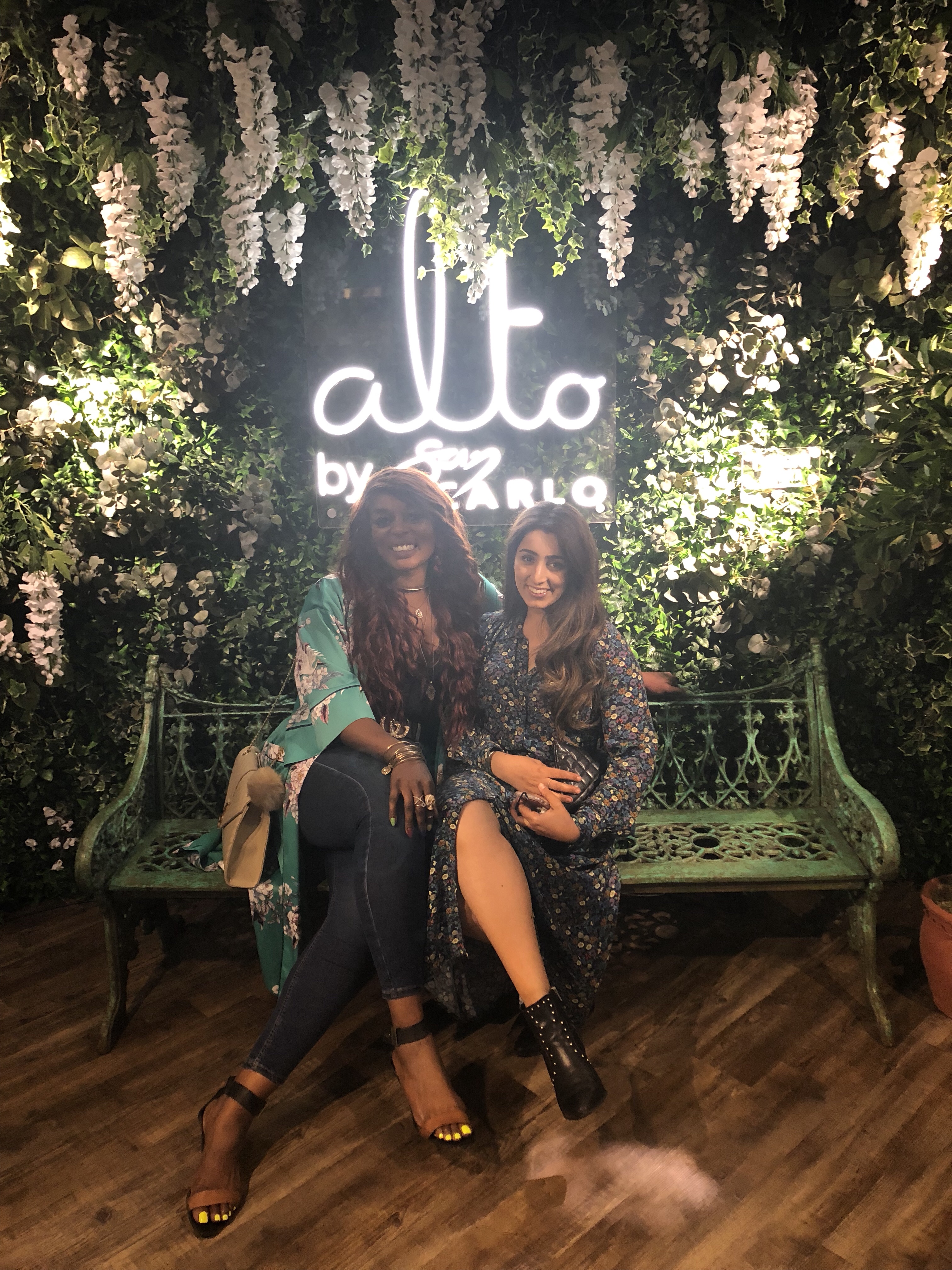 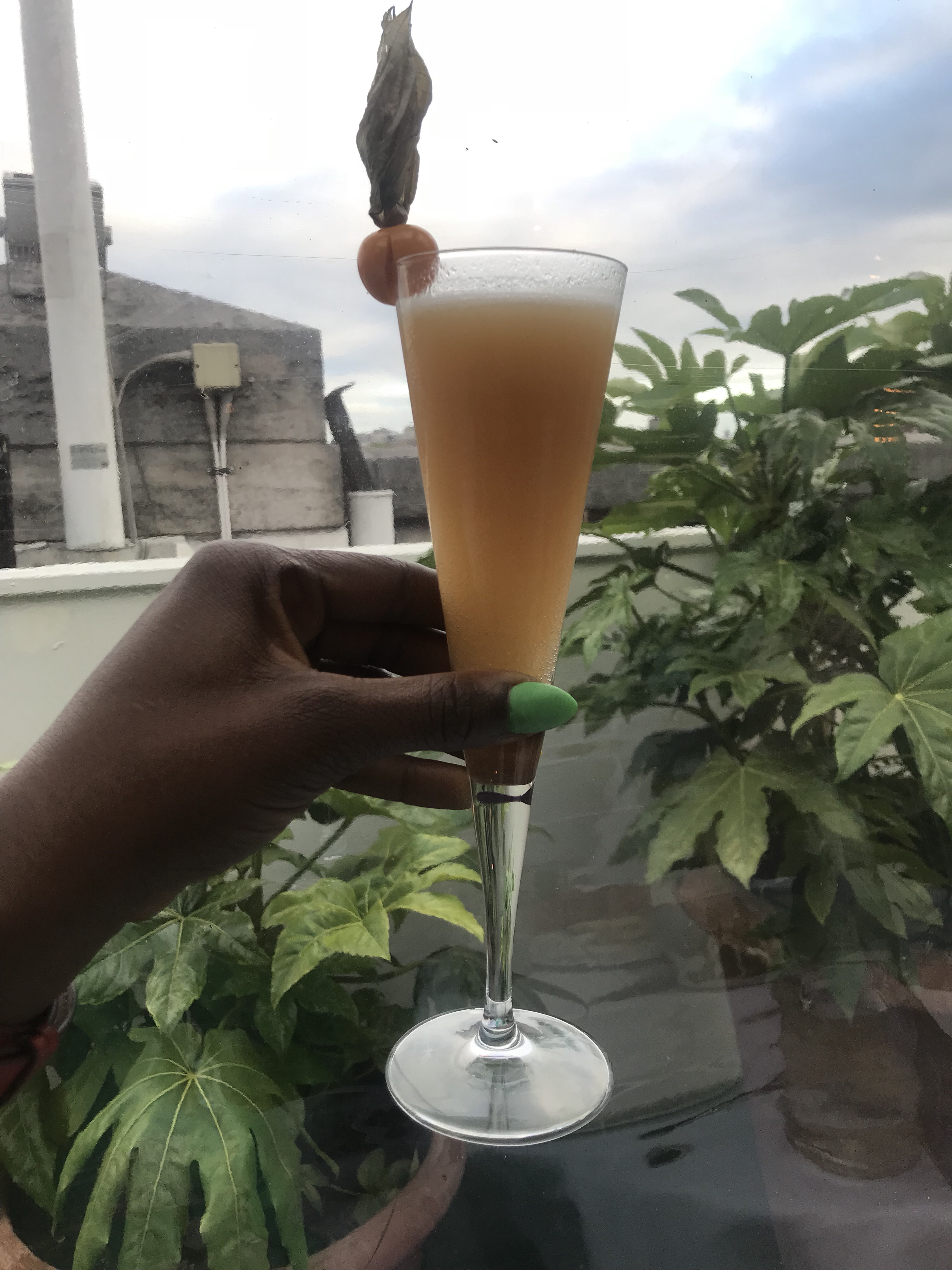 There are so many sites to see so depending on your interests go crazy it’s London Lovie! In the past we went to Stonehenge, the village of Lacock, Windsor castle & took high tea at the Savoy hotel. This year we went to the Southbank Center, Millennium Bridge, Shakespeare’s Globe Theatre, Tate Modern Museum & the official London Eye. One of the best things about London is that there is an abundance of live music. On our second night in London, AirBnB invited us to a guitar shop called Sixty Six sounds in Central London so we could mingle with other renters & hear local Artists perform on Denmark Street in Tottenham court Road. It was a magical evening as we got to meet & bear new Artits like AliceMusic, KadeemTyrell & our favorites The Katana’s so I would highly recommend that if you ever get an opportunity to experience that!?? 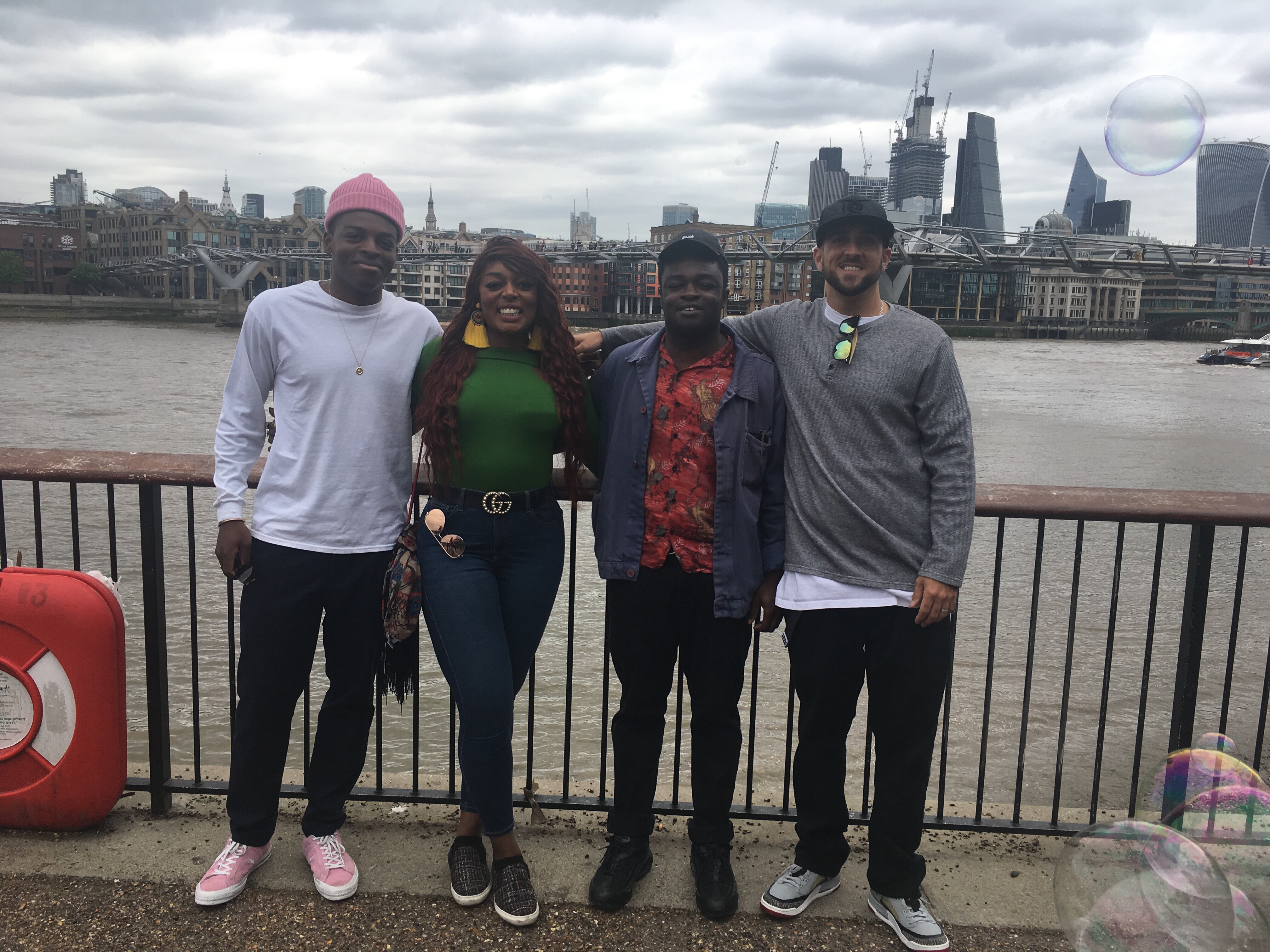 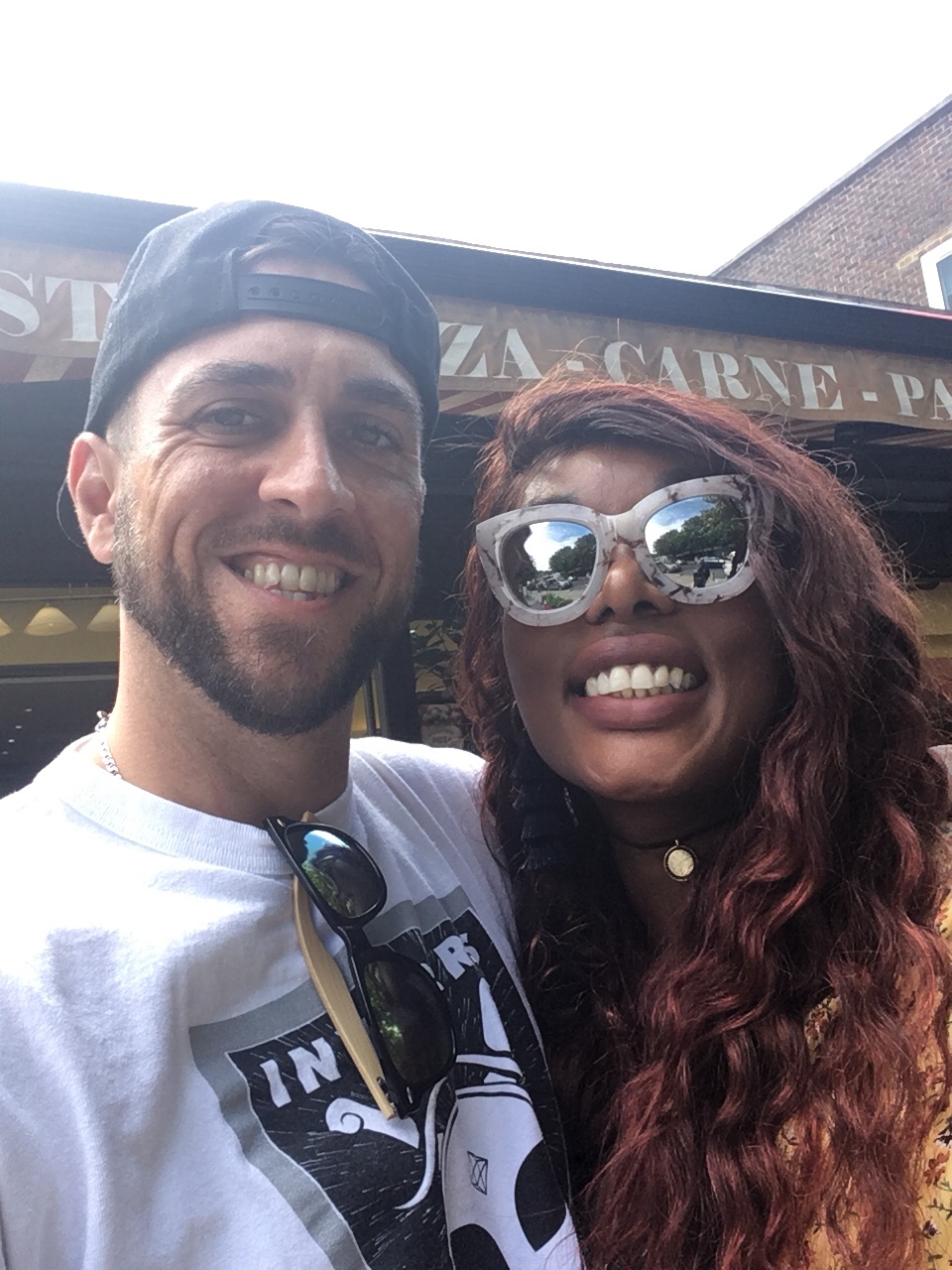 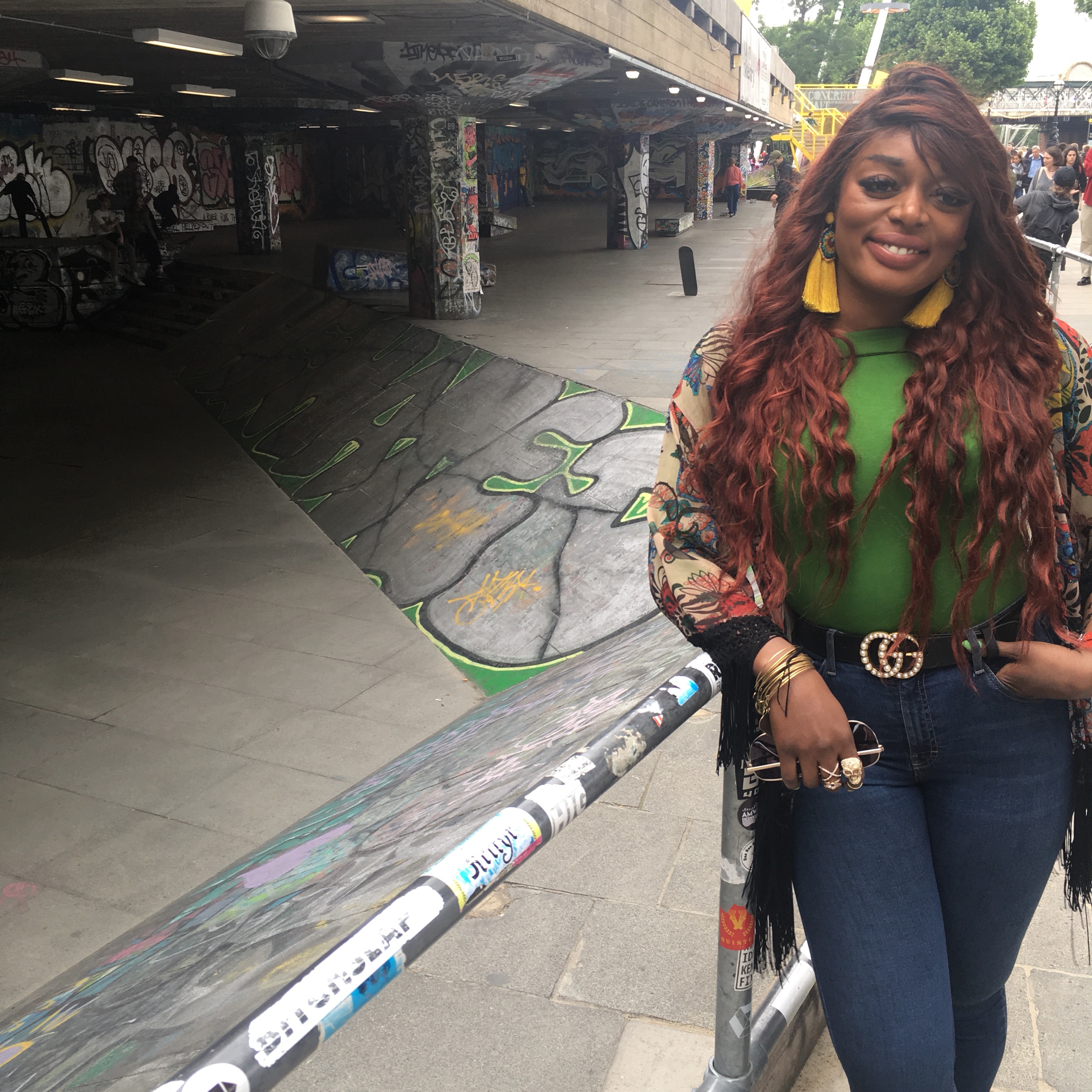 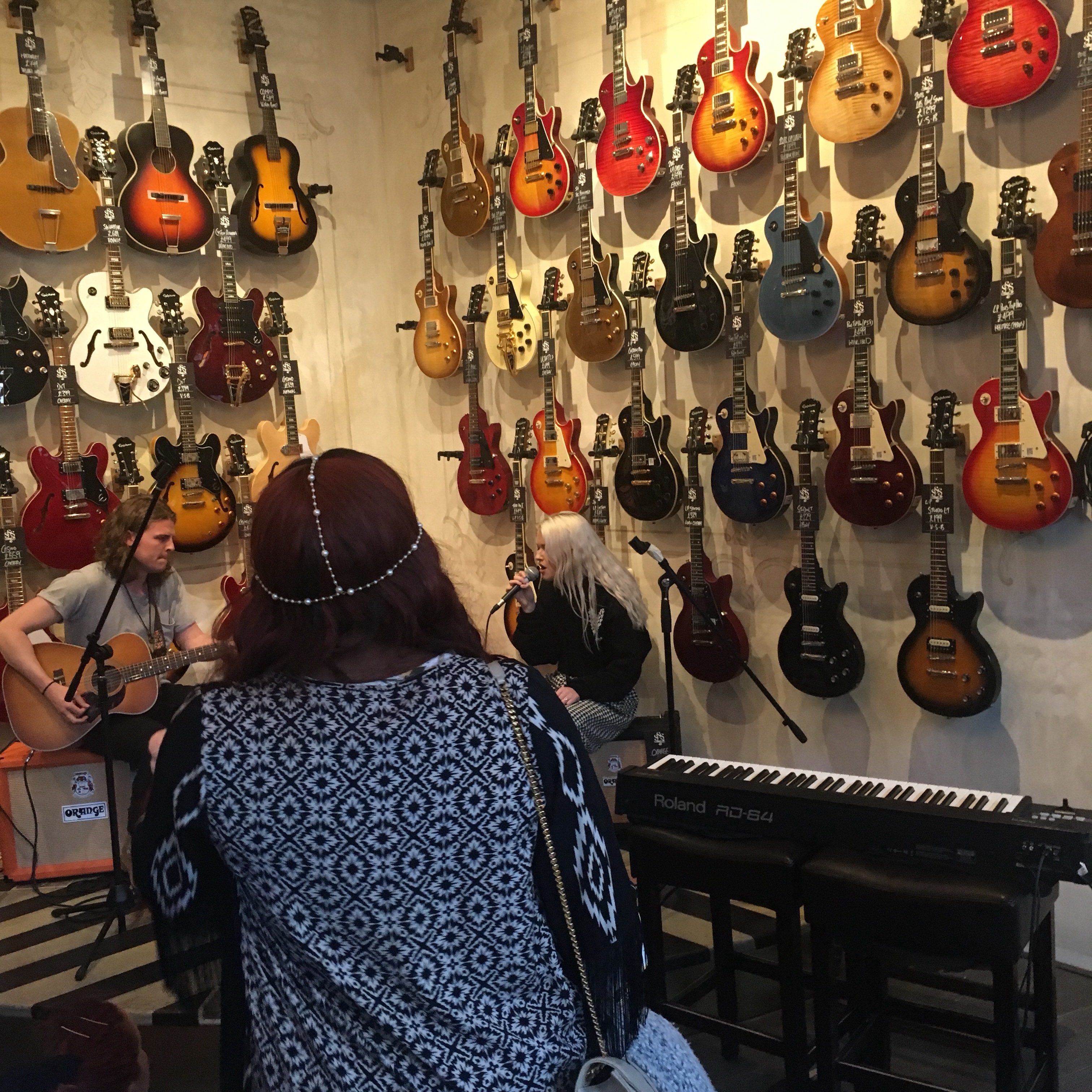 For styling in London I went with comfy shoes as walking is the name of the game. Paired mostly with denim jeans, bodysuits & shirts. I just layered pieces with jackets & funky cardigans as the weather can still be unpredictable in early June. If I knew an Uber was involved not just the London Underground I busted out some cuter shoeties with more of a heel.

London Fashion was booming & some of the outfits street style as well as retail were incredible especially showcased at Topshop & Selfridges.

So that’s my guide to London Lovies! What a trip it was! Had a couple of issues with my Diabectic pump which stopped working during take off to London & during take off on the way back home to Arizona. My Diabectic pump’s altitude alarm went off 4 times (I didn’t even know such a thing existed?) that disabled pump delivery on my T:Slim X2 pump so I had to use insulin injections (thank goodness I was over prepared in packing ?) My pump “Shanaenae” as I named her failed going to London then 2 days after that when we were in London then when we took off going to Arizona then 2 days after that as well!??‍♀️ However, Tandem (my pump distributor) very nicely replaced my faulty pump with a brand new one. So Shanaenae is Shanaenae revamped!?

Great news Lovies! My web designer & wonderful Friend Amanda made it possible that you can now subscribe to my blog posts & receive alerts as I Post so sign up now! ???