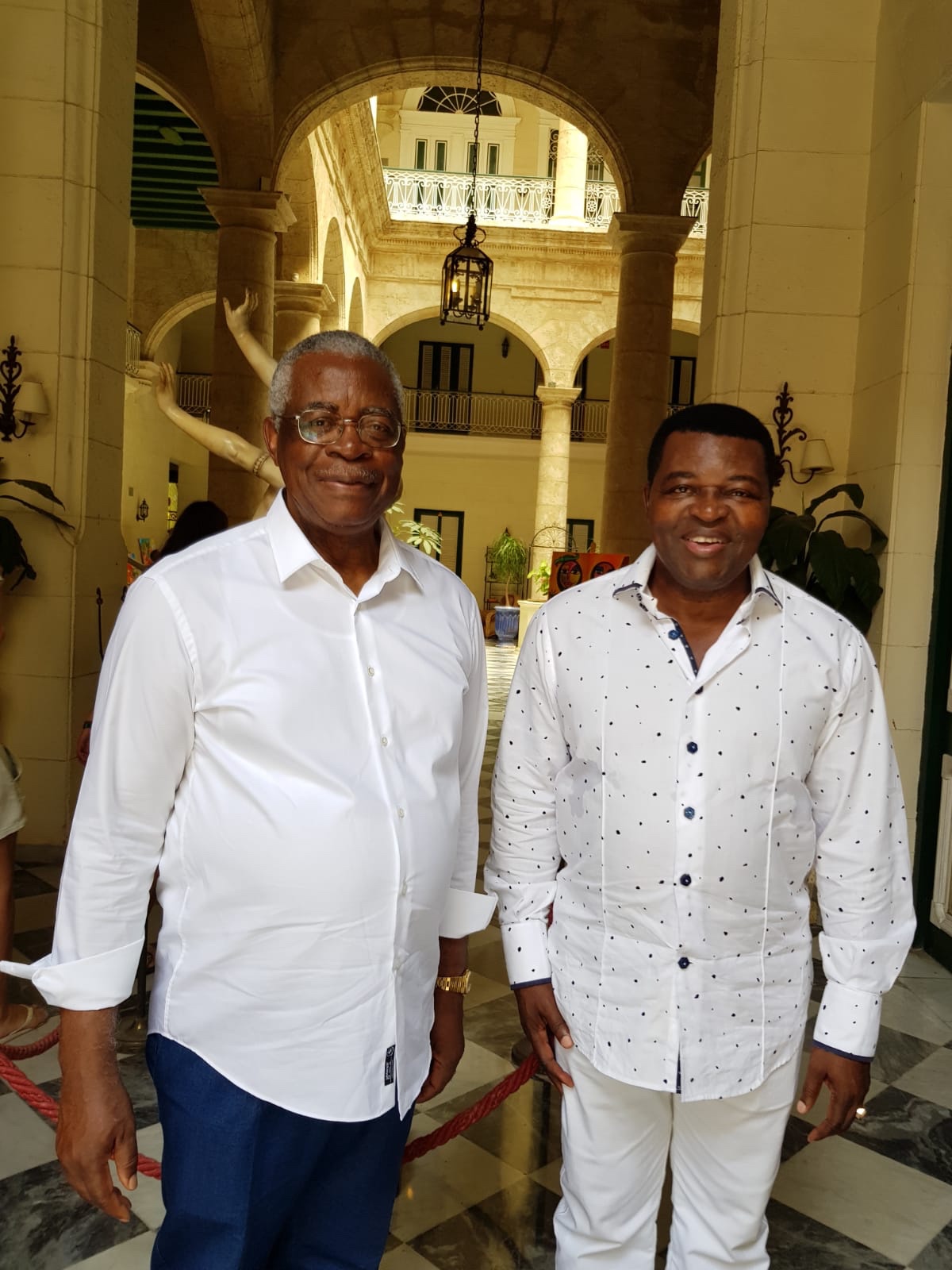 Because of these men & my siblings I am alive today. My uncle on the left urged my Father Musa on the right to send us older 5 children to boarding school after our mother died because he knew 7 new step children were not a young & new wife’s first choice with 2 newly born twin babies. By my father regarding my uncle as a father figure ( with over 10 years difference in age) that’s what he did & still today I say boarding school saved our sanities.

Literally if we hadn’t been able to escape to the peace & safety of boarding school I doubt we would be sane let alone alive today. Boarding school provided structure, discipline, taught independence but most of all provided peace away from the madness & unbalance of our family home life. We were able to see how other children were regarded with love & care when we broke for Exiat (a weekend stay away from boarding school once every other month).

I would go to my friend Rachel’s house & would continuously be reminded that our normal was not THE normal & that in itself was shocking to witness at first. I remember being puzzled that children didn’t have to stay up until midnight to mop the entire kitchen floor only to be up the next day at 6am to get breakfast ready for everyone. I was shocked that children were not cut up with razor blades & black powder (which was bought by a witch doctor) placed in the wounds (which stung like hell by the way) so it could take away the evil from our bodies… The most shocking of all was that when children challenged their authority figure they were not threatened OR beaten but listened to & a compromise was made. All of these things were a shock I tell you.

I decided to finish my story as after my Mother’s Day post last May so many more questions arose about my hinting of there being another story to tell regarding the Stepmother Aunty P. My older sister warned me against further opening these can of worms speaking from the place of fear thy was instilled in all of us children of abuse but I knew in order to be true to myself I had to speak about it.

Let’s start at roughly where I left off from Mother’s Day (I suggest you read that first installment to understand this one!)

On what would be my mother’s death bed before she was due to deliver the last set of twins, she gathered us older 5 siblings together alone & told us she was going to be going to heaven soon. Mummy told us Daddy would soon after marry Aunty P (whom was our home Technology teacher at the time & not a very good one might I add?) Mummy told us that when daddy married her we would have to be strong & stick together as she would not be very nice. I was 6 years old at the time & had no idea what she was talking about but I remember my older siblings looking at her in disbelief & crying saying over and over again Mummy no! My mother reassured us that as long as we stuck together & looked out for each other like she taught us to do we would be fine. I was more interested in tasting my favorite black currant juice Ribena drink being 6 years old & all so I wasn’t paying much attention or believed it. Neither one of us did to be honest, unknowingly my mother was predicting a future that would soon come to pass…

2 days later our mother Victoria was laid to rest & yes we had a new stepmother Aunty P within the year whom we loved! She doted on us at first but me specially being my dad’s doppelgänger & favorite (sorry siblings?) Aunty P was due to give birth & we were all excited to meet our new baby brother. After he was born that’s when everything turned upside down, we went from being in a family to the “help”. Aunty P regarded us as the wicked step children using the divide & concur method whispering when our father was out of town on business (and he was a lot with his profession in the shipping industry) that he hated us & wanted nothing to do with us. All the while Aunty P was telling our Father when he arrived from being out of town that we’d said & thought the same thing about him. She ruled us with fear & voodoo medicine she procured from a witch doctor in London . Aunty P was the first one to preach in the name of Jesus being in the front pew at church but in darkness she would go to witch doctors & pay them to maintain her beauty, keep her in sole control of our family & tell her what the future held. She did it all so her first born son would inherit my dad’s businesses, she did it for power & money but control was the ultimate goal.

When Aunty P had originally gathered us children with my dad shortly after our mother Victoria had passed away to announce they were getting married, she’d asked us to call her mummy. We chose not to seeing as we had already had one & lost her so suddenly & with my late mother’s prediction of what would come to pass we just continued to call her Auntie P. My sister Ruth had challenged her with her fierce spirit shouting to my Dad “Don’t marry her Daddy she’s a witch!” My father flabbergasted, blindingly reacted to Ruth’s statement by going to grab her to apologize. You see he only saw Aunty P’s beauty & assumed she was that way on the inside (we all did) As all of us 5 older children were present Aunty P stopped my Father saying “Don’t darling it’s okay.” Later that afternoon we heard Ruth being punished screaming in pain as Aunty P had indeed punished her for defying her in secret.

Really she didn’t deserve that title of mother with all the grief & misery she caused.

However in writing this I will say with as much feedback, love & people sharing their own stories of abuse & or trauma which was such a beautiful thing as they have a voice too, what made me react the most was my siblings, the ones I’m taking about in this post. We send voice messages in a family chat room at least once a week. We send each other voice messages of love. After posting my Mother’s Day blog post & urging them all to read it they started to send voice messages of memories forgotten. An example of one was of our brother who had repeatedly run away from home 3 times at age 11, 15 & 21 because he couldn’t handle the abuse, accusations of being a liar. Forgotten memories of child services being called from school friends mothers or friends themselves to our home & having to lie to the authorities for fear of the repercussions that the other siblings who we were told would face being left behind. Also what brought me most to tears was my sister mama’s & brother & I thanking each other for saving each other’s lives over & over again. Unknowingly doing so by being there when one of us at one time was attempting to commit suicide… little did we know our mother’s warning was imbedded in us as by sticking together we saved our selves, we saved each other.

My Father was for 14 years under her thrall & we’ve spoken about this whole period with him & there was a lot of denial on his part & there will be more speaking about it in the future for sure. In the end he did the right thing by us children, a little late but better late than never. He pulled us away from under her by moving us children to another location without her knowledge where we began to free our selves. Scars still remain today of body issues from being told we were ugly, fat, not good enough but we’re rebuilding ourselves individually as well as together as always, even across many miles we still save each other.♥️ 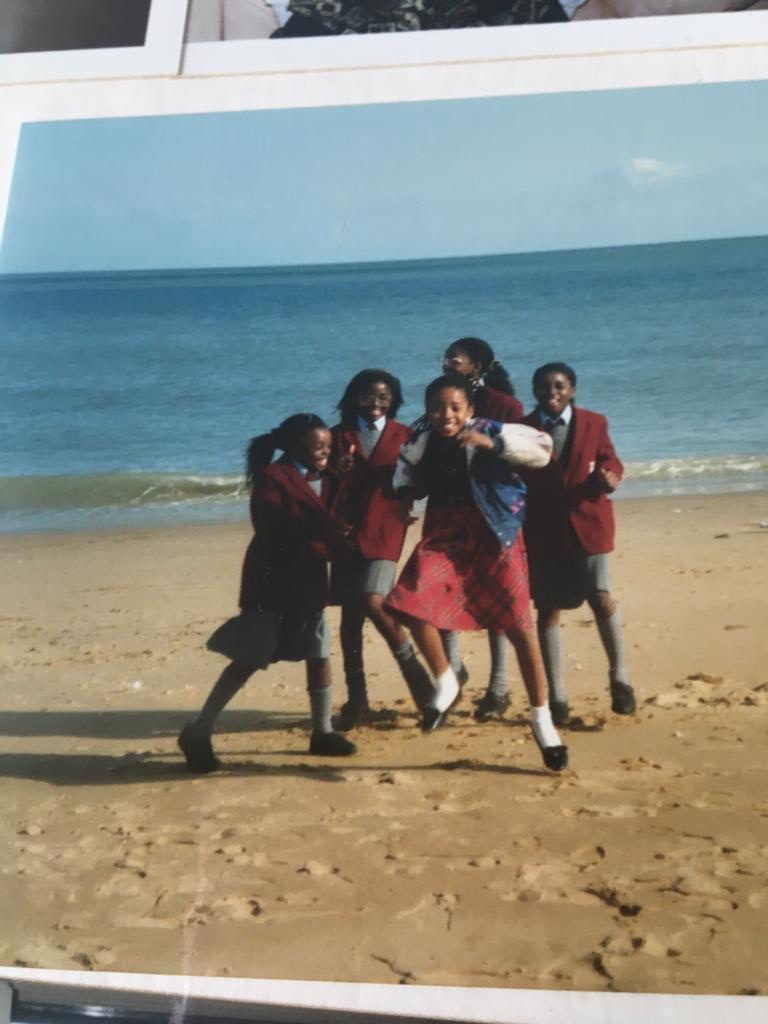 Catch you next time lovies & please ask any questions & leave comments, I so like to hear your perspectives.